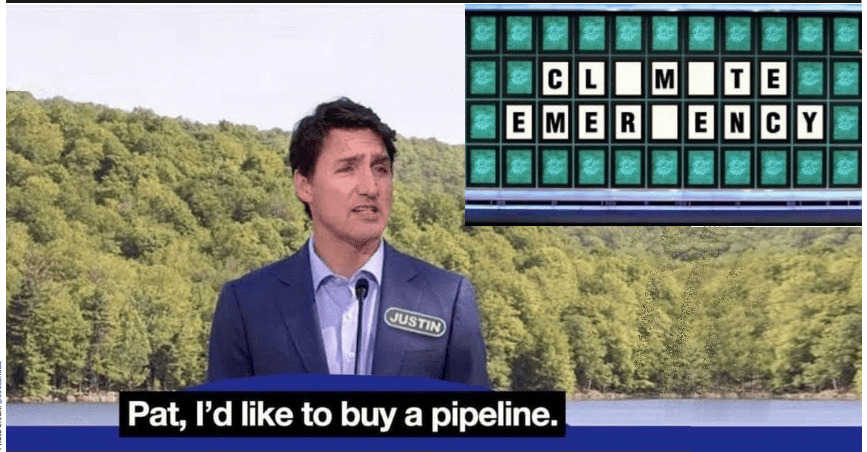 Since 2018 the Canadian Government has committed over $30 Billion in tax payer funds to subsidies and loans for the Trans Mountain Pipeline to transport carbon intensive tar sands oil from Alberta to the coast. Meanwhile, tar sands operators are projected to clear a whopping $147 billion in after-tax profits, up from about $81 billion in 2021.

“In just days, our planet’s population will cross a new threshold. The 8 billionth member of our human family will be born. This milestone puts into perspective what this climate conference is all about. How will we answer when “Baby 8 Billion” is old enough to ask: What did you do for our world – and for our planet — when you had the chance?

We are in the fight of our lives… Greenhouse gas emissions keep growing. Global temperatures keep rising. And our planet is fast approaching tipping points that will make climate chaos irreversible. We are on a highway to climate hell with our foot still on the accelerator.

It is the central challenge of our century. Indeed, many of today’s conflicts are linked with growing climate chaos. Today’s crises cannot be an excuse for backsliding or greenwashing. If anything, they are a reason for greater urgency, stronger action and effective accountability.

The science is clear: any hope of limiting temperature rise to 1.5 degrees means achieving global net zero emissions by 2050. But that 1.5 degree goal is on life support – and the machines are rattling. We are getting dangerously close to the point of no return. And to avoid that dire fate, all G20 countries [including Canada] must accelerate their transition now – in this decade.

Humanity has a choice: cooperate or perish. It is either a Climate Solidarity Pact – or a Collective Suicide Pact. The deadly impacts of climate change are here and now. Loss and damage can no longer be swept under the rug. It is a moral imperative. It is a fundamental for international solidarity — and climate justice.

Those who contributed least to the climate crisis are reaping the whirlwind sown by others. Many are blindsided by impacts for which they had no warning or means of preparation. And it is why I am asking that all governments tax the windfall profits of fossil fuel companies. Let’s redirect that money to people struggling with rising food and energy prices and to countries suffering loss and damage caused by the climate crisis.

It is time for international solidarity across the board. Solidarity that respects all human rights and guarantees a safe space for environmental defenders and all actors in society to contribute to our climate response. Let’s not forget that the war on nature is in itself a massive violation of human rights. We need all hands on deck for faster, bolder climate action. The global climate fight will be won or lost in this crucial decade – on our watch.”