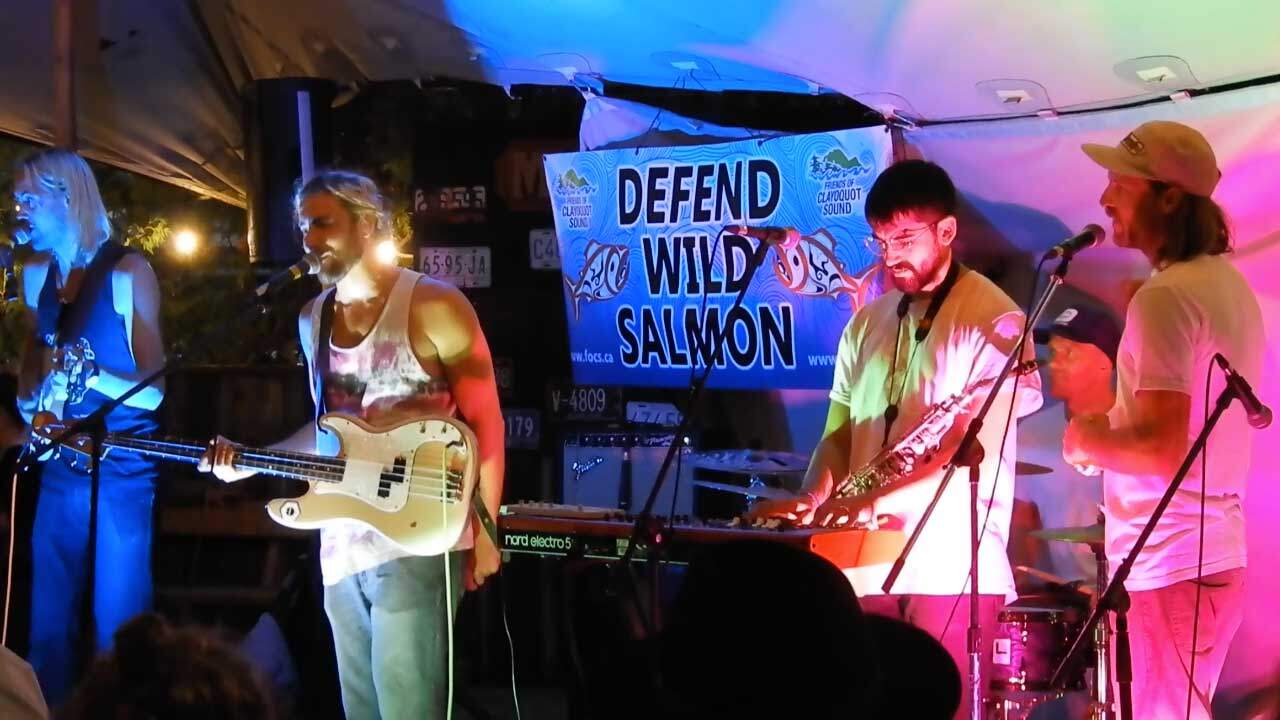 Clayoquot Salmon Festival kicked off with a doubleheader launch party featuring live music from Victoria based funkmasters, Downtown Mischief @downtownmischief at Lil Ronnie’s Beachside BBQ @lilronniesbbq_tofino on the September long weekend. A big THANK YOU to everyone who contributed and participated in the 2022 Clayoquot Salmon Festival!

In September we returned with in person events for Clayoquot Salmon Festival after 2 years of having the Festival online during the height of the pandemic. The Village Green in Tofino hosted our Voices for Wild Salmon event that provided a platform for a community report back from Tla-o-qui-aht Tribal Parks and Redd Fish Restoration, and Friends of Clayoquot Sound to speak about the Marine Ecosystem being conducted by the Clayoquot Salmon Roundtable. Additionally, the short films that were screened included Salmon Stories of Indigenous salmon defenders and local activists, as well as a musical performance by Ms. PAN!K who is also an incredible Indigenous salmon defender. The Festival also featured musical performances from Downtown Mischief and Alle Bernadi who shared their unique contribution to west coast culture.

We partnered with Surfrider Pacific Rim to host the Mackenzie Beach Clean to engage visitors about their responsibilities in keeping the beaches and ecosystems clean, discussing issues such as marine debris, reusable goods, and recycling. Redd Fish Restoration led a work bee at the First Street Rainwater Garden removing invasive species to redevelop the area as a healthy salmon habitat. Cedar Coast Field Station shared about salmon monitoring methods, and we discussed how citizen science can support greater accountability, and the importance of having marine assessments that are community based, participatory, and democratic. We also partnered with the Raincoast Education Society to provide an experiential education about the salmon forest while also highlighting the challenges of environmental planning in the region.