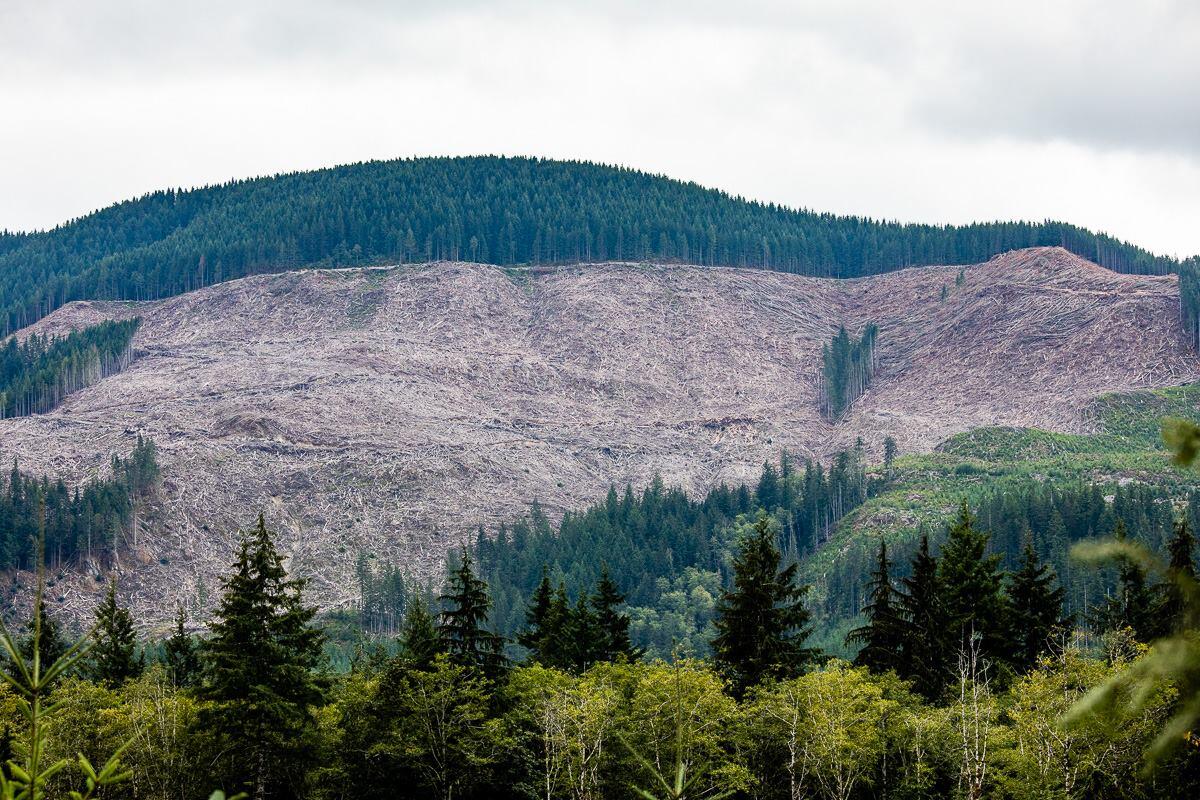 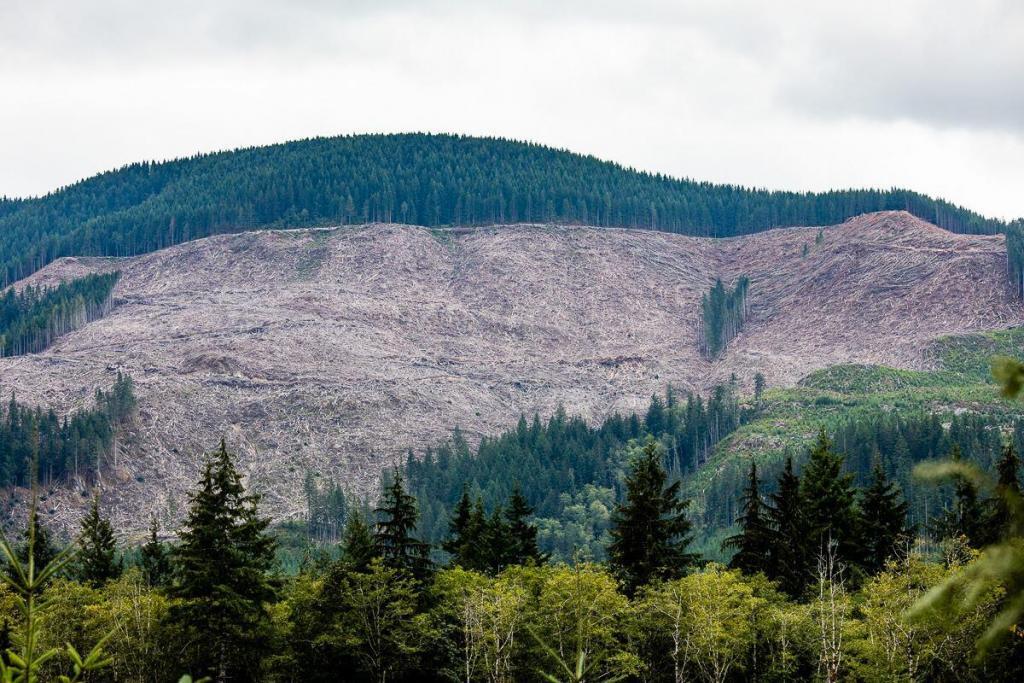 On Vancouver Island alone, the equivalent of 34 soccer fields of the last remaining ancient rainforests are logged every day. #PROTECTWHATYOULOVE #CLIAMTEACTIONNOW – Photo by TJ Watt

The goal of this action was to expose the undeniable link between bad forest management and the climate crisis, the elephant in the room in both forestry and climate policy in B.C. The message targeted George Heyman: It is time to step in to address the crisis in the woods in this province as a basic duty of your mandate as Environment and Climate Change Strategy Minister.

On Vancouver Island alone, the equivalent of 34 soccer fields of the last remaining old-growth rainforests are logged every day. Meanwhile, in the last decade, 10,000 jobs were lost in the forest sector to raw log exports and a lack of leadership to ensure the maximum number of jobs per tree cut. First Nations and forest-dependent communities – those most immediately impacted by these disturbing trends – still struggle to gain control over land-use decision-making that has for too long been in the hands of large, unaccountable logging corporations that prioritize short-term profit over Indigenous land rights, job stability, biodiversity and a safe climate future.

Coastal old-growth temperate rainforests are a rare, globally significant carbon sink which play a critical role in buffering against catastrophic climate change. Less than 5% of the remaining low-elevation old-growth forests remain on Vancouver Island and they too are being systematically liquidated and replaced with with biologically barren tree plantations.

The B.C. Government has accelerated logging of some of the last stands of coastal old-growth forests through its own BC Timber Sales program, started by the BC Liberals in 2003 and recently found chronically non-compliant of the government’s own inadequate regulations around old-growth forest management. The widespread practice of slash pile burning contributes to placing BC forestry at the top of all sectors in the province for carbon emissions. This is a backwards situation that dramatically needs to be fixed.

In a climate emergency, protection of old-growth forests is a key natural climate solution we cannot afford to waste. The world has now entered a wave of human-caused mass extinction, the result of endless capitalist growth and resource extraction. The world’s leading climate scientists have given humanity eleven years to avoid runaway climate change, now considered the greatest existential threat facing humanity and currently displacing millions of people world-wide

This is our call to action for Environment and Climate Change Minister George Heyman:

2 Recognize Indigenous authority, governance and stewardship in forest management; and

3 Implement sustainable forestry practices that protect the environment and local community jobs, once and for all, as a central and unavoidable feature of the B.C. Government’s Climate Change Policy.

We are running out of time.