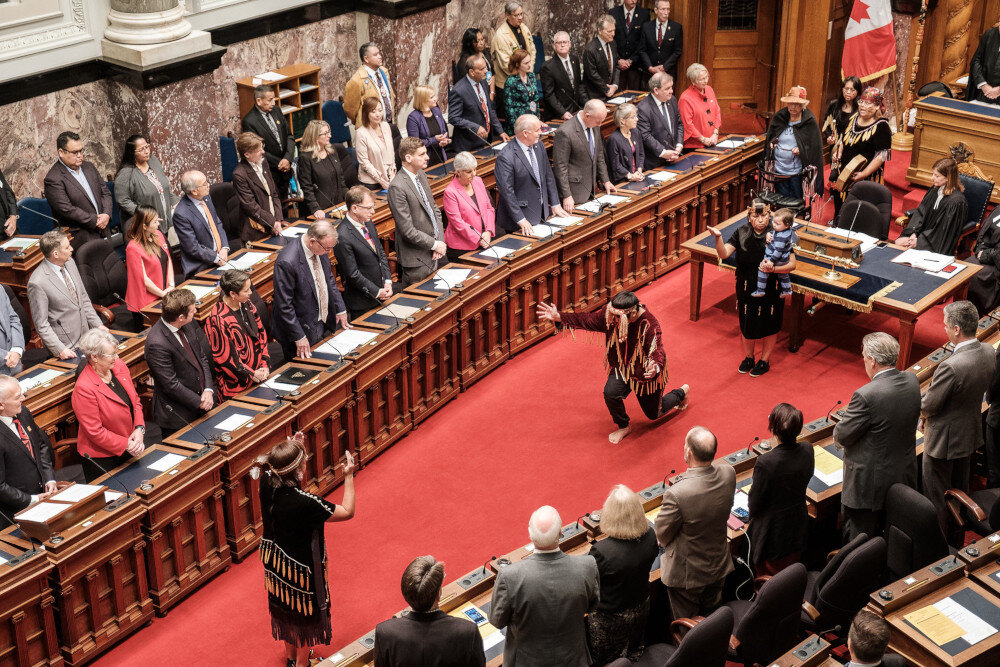 In October the B.C. Government proposed legislation to update B.C. laws and policies to align with the United Nations’ Declaration on the Rights of Indigenous Peoples. B.C. is primarily “unceded” with no treaties or puchases of territories from Indigenous Nations. Photo B.C. Government

If proposed legislation passes, British Columbia will become the first province in Canada to enact the internationally recognized standards of the United Nations Declaration on the Rights of Indigenous Peoples (U.N. Declaration) into provincial law. Over time as laws are modified or built, they will be aligned with the U.N. Declaration.

Elements of the bill include:

In 2017, every cabinet minister in the B.C. Government was tasked with a mandate to implement the U.N. Declaration and the Truth and Reconciliation Commission’s Calls to Action. A commitment to adopting the U.N. Declaration in B.C. is a component of the Confidence and Supply Agreement with the B.C. Green Party caucus.