Home » Government’s TMX Pipeline Investment Could Be $30 Billion!?! How much do taxpayers have to pay?

Government’s TMX Pipeline Investment Could Be $30 Billion!?! How much do taxpayers have to pay? 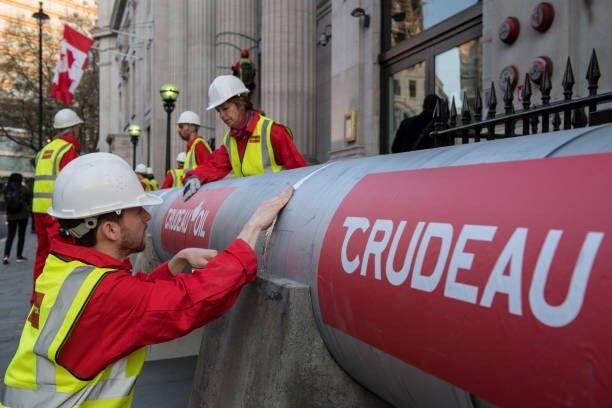 The Trans Mountain (TMX) tar sands pipeline has steadily become a more tragic quagmire since 2018. Back then Kinder Morgan, the Texas based pipeline company, set a deadline for the Canadian government to provide some assurance that TMX could be built. What started as a discussion of a $2 billion loan from the Canadian government for Kinder Morgan’s controversial pipeline expansion eventually spiraled into the government purchasing the existing pipeline and the construction project to twin the pipeline – paying billions of taxpayer funds.

This spring, the government revealed that the cost of constructing TMX has tripled from initial estimates of $7 billion to now approaching $22 billion. The government then assured the public that no more taxpayer funds would be allocated to pay for the failing project. But then, a couple months later, with the inflating pipeline construction costs, the government announced a $10 billion loan guarantee for the project.

Tar sands oil is amongst the most carbon intensive oil on Earth. The TMX pipeline and tanker project would release 100 million tonnes of carbon annually, negating climate commitments made by the Canadian government to the global community at the UN Climate Summits. The pipeline would also mean 400 supertankers a year, putting coastal communities and ecosystems at much greater risk of catastrophic oil spills.

Last year, the International Energy Agency (IEA) releasedthe most comprehensive study yet of what is required for the global economy to meet the Paris Agreement goal of keeping global warming below 1.5°C. One of the IEA’s most important findings is that “there is no need for investment in new fossil fuel supply”. This means that banks and insurance companies must end all financial services for any company that is investing in expanding its fossil fuel operations.

Canada’s Energy Regulator has already reported that the expansion of this government owned tar sands pipeline is an unnecessary liability if climate emissions reductions are required. With cleanups from last year’s forest fires and flooding in BC still ongoing, taxpayers cannot afford for the Canadian government to subsidize Big Oil profiteering for a doomed industry at the expense of our collective future. Ironically, recent pipeline construction delays were caused in large part by last fall’s flooding along the TMX pipeline route — BC’s latest climate change disaster.

Meanwhile, Canada’s Finance Minister Chrystia Freeland claims the TMX is still profitable despite large cost increases, but the Department of Finance won’t provide evidence to prove it. Have your say and make your voice heard to tell the government to factor in Indigenous Title and the environmental or climate liability into their pipeline analysis. #NOTMX