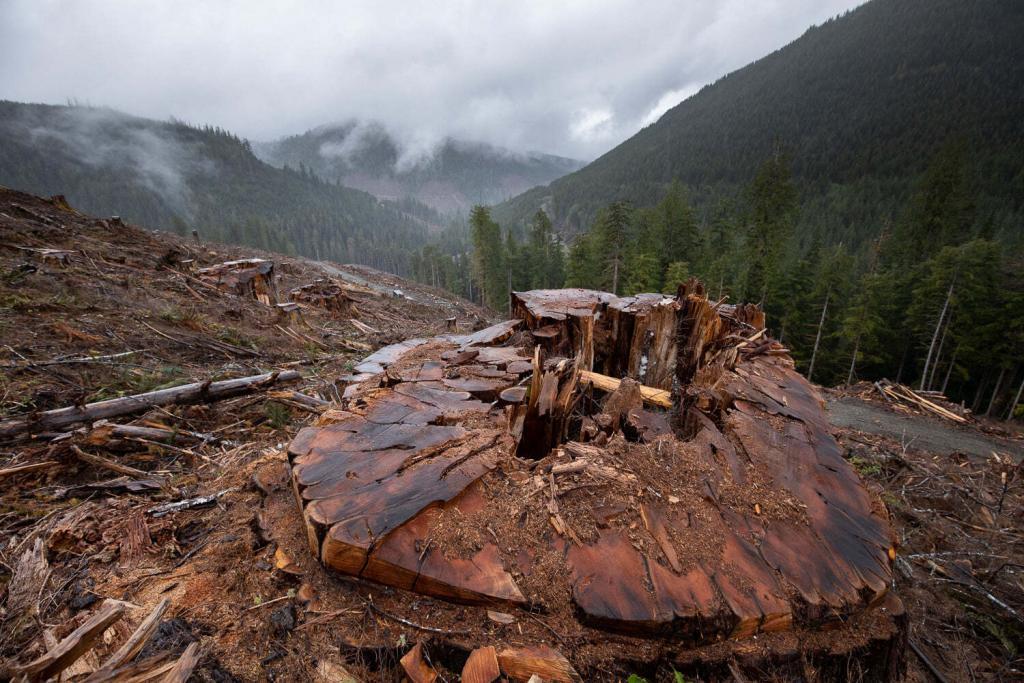 Since re-election of the BC NDP in 2020, the war in the woods has reignited. What’s happening at the Fairy Creek Blockades is near deja vu of the Clayoquot Blockades that Friends of Clayoquot Sound organized in 1993, where over 900 people were arrested protecting the ancient rainforests of Clayoquot Sound. Similarly, thousands of people are mobilizing to protect the old-growth trees on Vancouver Island. With over 200 arrested for defending the endangered old-growth ecosystems around the Fairy Creek and Caycuse watersheds, international spotlights are back on BC’s unsustainable logging practices.

Over 90% of British Columbians want to see an end to old-growth logging. Yet, BC NDP government policy and forestry practices fail to address this or the realities of the global climate emergency and the 6th mass extinction. We need the BC NDP to implement an immediate moratorium on old-growth logging and lead a just transition to a more sustainable second growth industry, sustained by conservation financing for Indigenous Nations, especially the Nuu-chah-nulth First Nations. But currently, the BC NDP are facilitating economically exploitative environmental destruction and missing the opportunity for reconciliation based ancient forest protection.