Home » FOCS Endorse Unsettling 150: Call to Action by Defenders of the Land and Idle No More

FOCS Endorse Unsettling 150: Call to Action by Defenders of the Land and Idle No More

IDLE NO MORE & DEFENDERS OF THE LAND: CALL TO ACTION

In honour of Arthur Manuel, we call for a National Day of Action in support of Indigenous self-determination over land, territories, and resources

On January 11, 2017, our mentor, colleague, friend and brother, Arthur Manuel passed onto the spirit world at the age of 65.

Arthur Manuel was organizing to defend his Secwepemc peoples’ and all Indigenous Peoples’ Rights up to the day he was admitted to the hospital. In the last article, he wrote before his passing he referred to the Canada 150 celebrations by stating: “I do not wish to celebrate Canada stealing our land. That is what Canadians will be celebrating on July 1, the theft of 99.8% of our land, leaving us on reserves that make up only 0.2% of the territories given us by the Creator.”

As part of his campaign against the 150th celebration in Canada, Arthur was also planning to go to Geneva to appear before the UN Committee on the Elimination of Racial Discrimination (CERD) in August 2017 when Canada is scheduled to report on its treatment of Indigenous Peoples. He was preparing a counter-report to inform the world that the Trudeau government is maintaining the colonial Indian Act and it’s immoral, illegal land claims policies that deny Aboriginal collective title, treaty rights and our right of self-determination. We will send our own delegation, in Arthur’s words, to “escalate the assertion of our rights from a purely domestic strategy to an international strategy across nations.” (http://redrisingmagazine.ca/whatare-you-going-to-doabout-it/.)

In the spirit of Arthur Manuel, we want to make July 1 a National Day of Action. This day of action is to celebrate our Indigenous and human rights to self-determination, our lands, territories, and resources. It is also to educate Canadians about how their constitutional framework, first established 150 years ago in the British North America Act (1867), illegally confiscated our lands, territories, and resources, spawned the post-confederation Indian Act and attempted to write Indigenous jurisdiction— and Indigenous Peoples— out of existence.

This assault has not stopped. If anything, it has accelerated under the current government. Prime Minister Trudeau has been approving pipeline projects and continues to bank on the exploitation of our resources. He does not want to recognize Indigenous land rights. The National Inquiry into Missing and Murdered Indigenous Women and Girls continues to fall short and fail many families. We will be demanding that the Trudeau government respect our internationally recognized right of land and body self-determination, including our absolute right to Free, Prior, Informed Consent to any activities in our territories, as set out in the United Nations Declaration on the Rights of Indigenous Peoples.

This is a grassroots movement that will never accept any behind-the-scenes attempts to weaken our rights, like the closed door meetings of the Cabinet and a Ministerial Working-Group now underway with the three National Aboriginal Organizations (Assembly of First Nations, Inuit Tapiriit Kanatami, Metis National Council), led by Justice Minister Jody Wilson-Raybould.

Instead of backroom manipulations, we demand:

We recognize and affirm that jurisdiction over our lands, territories, and resources is inseparable from the issue of self-determination over our peoples. Violence against women, trans, and two-spirit Indigenous people is connected to the loss of authority over our lands. It is worsened by extraction industries that attempt to claim ownership to our lands and our people through acts of violence.

HOW TO GET INVOLVED:

We ask that you, your community, and your organization join us to send a loud and clear message to Canada and the world that we will no longer accept the colonial system of dispossession, dependency, and oppression that Canada has imposed on us for the past 150 years.

Change your Facebook banner to promote this campaign and your activism (see attached banner)—keep it up as long as you like!

Wear Indigenous Rights red & post a picture of yourself taking action to the Idle No More Facebook page. (use the symbol @ before typing Idle No More to tag our page)

Have your group join us by endorsing the Day of Action! Send your endorsements to info@idlenomore.ca

Want to host your own event in your own territory? Send us your event details. Be sure to include the venue name, venue address, city, province, time and duration of your event, event host and event host contact info. It is up to you, your group or org to provide us with up to date details for your event, should changes be necessary for your event page on the Idle No More website. Send you detailed event listing to info@idlenomore.ca 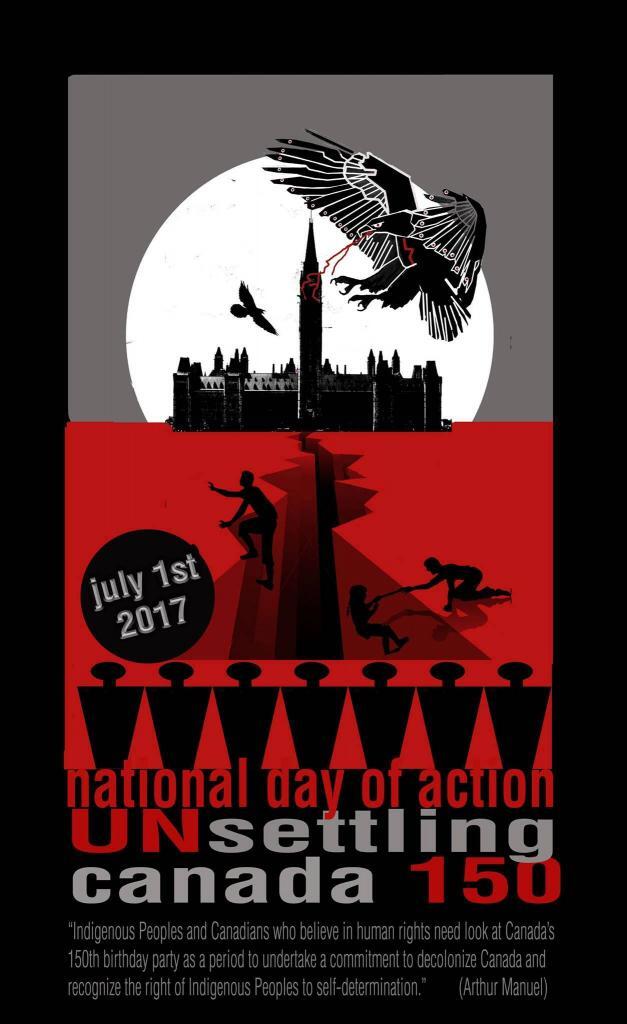