End In Sight for Open Net Salmon Farms in Canada 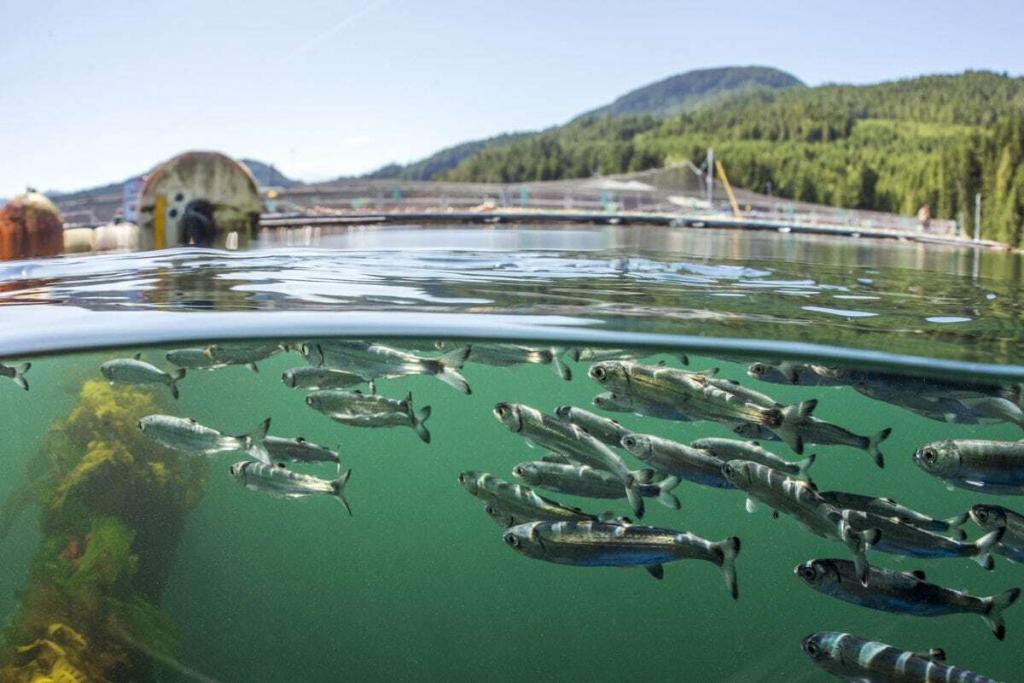 Canada’s federal election of 2019 marked a turn in the tide for protecting wild salmon. The Liberals, NDP, and Greens, all pledged to transition open net salmon farms on the B.C. coast to closed containment systems. Collectively these political parties can hold the balance of power in Canada’s new minority government.

Friends of Clayoquot Sound has been sounding the alarm for decades. Open net pen salmon farming harms wild salmon and ecosystems through disease transmission, parasite infestations, predator culls, and the introduction of antibiotics, biocides, untreated waste, and invasive species into marine waters. Coastal B.C. has millions of farmed Atlantic salmon in open pens on the migratory routes of wild salmon. Recognizing these risks, the B.C. Government has said it will not renew or issue new salmon farm tenures after 2021 unless corporations can ensure consent from the Indigenous Nations of the territory, while proving “no harm” to wild salmon.

In recent years, Indigenous leaders have occupied fish farms and delivered eviction notices, demanding that salmon farms shut down. The B.C. Government and two salmon farming corporations – Cermaq and Mowi (formerly Marine Harvest) – have signed a monitoring and inspection plan with the Namgis, Mamalilikulla and Kwikwastu’inuxw Haxwa’mis in the Broughton Archipelago. The agreement gives First Nations oversight during a transition period that will see most, if not all, open net salmon farms in the area shut down or moved.

Of the 17 salmon farms that have operated in the Broughton Archipelago, five have already been decommissioned. Of the12 remaining salmon farms still operating in the area, at least seven will be decommissioned over a four-year period. The fate of the other five will depend on whether First Nations agree to allow them to continue operating.

Across Vancouver Island, FOCS stand in solidarity with the Indigenous Nations defending wild salmon. We have supported the Swanson Occupation led by Chief Ernest Alfred in the Broughton Archipelago as well as the independent monitoring led by Chief George Quocksister Jr. of more than 40 salmon farms. We have organized and participated in office occupations of B.C. Government Ministers, and rallied at the Legislature, to ensure the calls of Indigenous Nations are heard.

In Clayoquot Sound, we have supported Skookum Lennie John and the Warriors for Yaakswiis of Ahousaht in evicting Cermaq’s Atlantic salmon farm from the Yaakswiis area, and in dealing with the legal charges from Cermaq aimed as dissuading salmon defenders from future actions. We have amplified the work of the Tla-o-qui-aht Guardians in monitoring viruses such as piscine orthoreovirus (PRV), as well as independent researchers including Mack Barlett in monitoring sea lice outbreaks where Cermaq operates in Ahousaht territory.

Over the winter FOCS will be engaged in Canada’s first ever marine ecosystem risk assessment for wild salmon through the Clayoquot Sound Salmon Roundtable. We expect this assessment will arrive at similar conclusions to the federally appointed Cohen Commission which found that the precautionary principle requires the removal of open net salmon farms from coastal waters. All signs are indicating that the end is now within sight for profit driven salmon farms irresponsibly polluting coastal waters and risking entire marine ecosystems. It’s time to end the practice of open net farms to protect wild salmon and every species that relies on them.