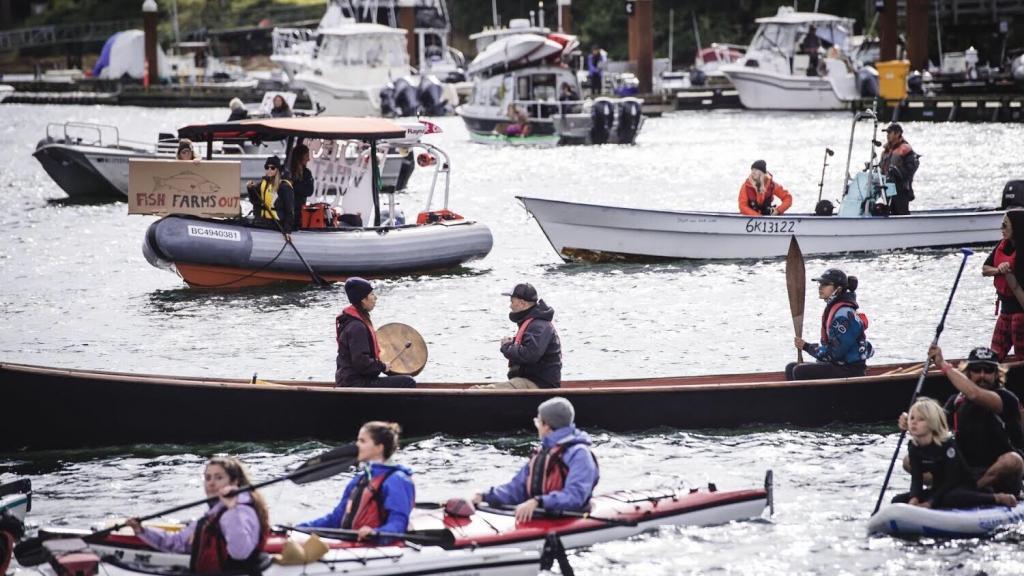 The Nuuchahnulth Salmon Alliance led a wild salmon solidarity flotilla on Saturday, September 26 in the Tofino/Nachiks harbour. Here Tsimka Martin speaks to the flotilla about the September 30, 2020 deadline for recommendations from the Cohen commission to be implemented.Photo by Marnie Recker @marniereckerphoto

90% of pink and chum salmon were infected with an average of 5 lice per fish.

The Canadian government already promised to act upon the recommendations of the 2012 Cohen Commission of Inquiry into the Decline of Sockeye Salmon in the Fraser River. One of the recommendations of the Cohen Commission outlined the removal of 18 salmon farms in the Discovery Islands by Sept 30 2020. The $30 million dollar Cohen inquiry also recommended that the Department of Fisheries and Oceans resolve the conflict of interest of DFO’s current mandate of managing wild salmon conservation while simultaneously promoting and regulating the salmon farming industry.