Remember Clayoquot Summer 1993? Were you here? It was a heady time, and it changed the world.

This year is the 20th anniversary, and we’re planning a party!

Twenty years ago thousands rushed to join Friends of Clayoquot Sound to peacefully protest and blockade the bridge that allowed MacMillan Bloedel to devastate clayoquot’s forests. Their action turned into the largest act of peaceful civil disobedience in Canadian history and continues to influence the Canadian environmental movement today. To honour and celebrate the courage of the blockaders FOCS is holding a “Clayoquot Wild Weekend” from August 8th to 11th. The Clayoquot Wild Weekend will also be a time of reflection and planning as we gear up to confront the ongoing threats to the Clayoquot Sound Biosphere Reserve.

Tickets: 10$ at Mermaid Tales Bookshop and Common-loaf Bakery.
Join a panel of key figures, locals and arrestees from the 1993 logging protests as they discuss the events of the 1993 Clayoquot blockades, weaving a colourful tapestry of history! The event will be held in the Community Hall, tickets are 10$ and are available in advance from the Mermaid Tales bookshop and from our board members some tickets will also be available at the door, but don’t wait to the last minute!

August 10th: Day at Kennedy Lake’s Rainbow Beach
Join FOCS out at Kennedy Lake for a photo op on the Kennedy River bridge, Paddle Boarding, some rainforest walks, frank discussion about the future of the Sound, and bring your instruments for jamming! We will run a car convoy from the Tofino-Uclulet junction to Kennedy lake at 10:30, 11:00, 11:30 and a return convoy from 3:30, 4:00, 4:30. Look for the signs at the junction and along the West Main logging road. Self sufficient camping may be available at Rainbow Beach from the 8th to the 11th of August, please contact emery@focs.ca with any questions you may have! 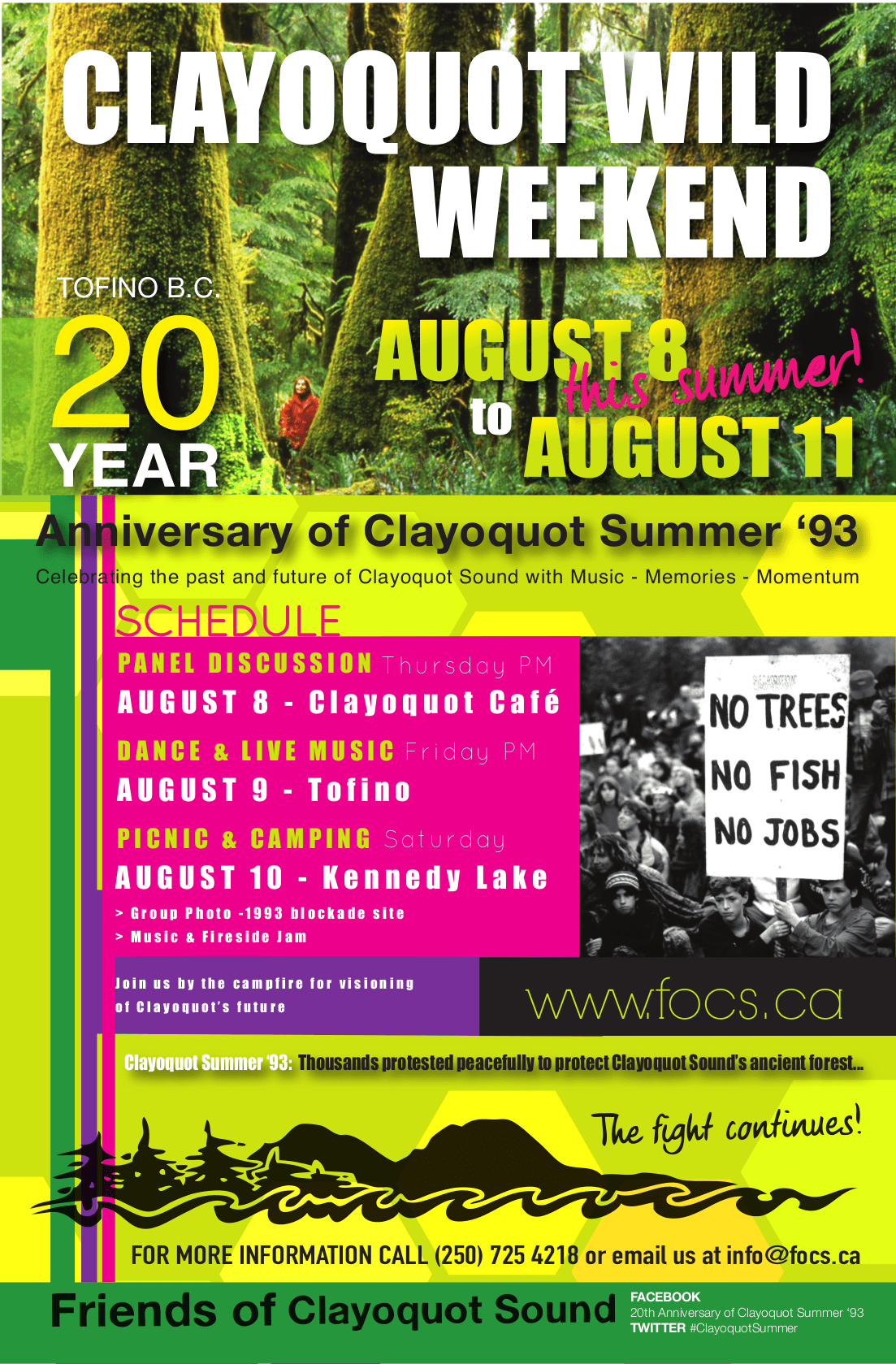