Salmon forests: where the ocean feeds the trees

For years scientists wondered how the temperate rainforest trees on the west coast of North America grow to such massive sizes in such shallow and nutrient-poor soils. Not long ago they discovered the answer: up to 80% of the nitrogen in tissue samples taken from rainforest trees was found to have come from a marine source, not from the land.

Looking a bit deeper, they figured out that every fall when the wild Pacific salmon return to their natal stream to spawn and die, their bodies are eaten by bears and many other creatures, spreading the nitrogen far and wide through the forest. 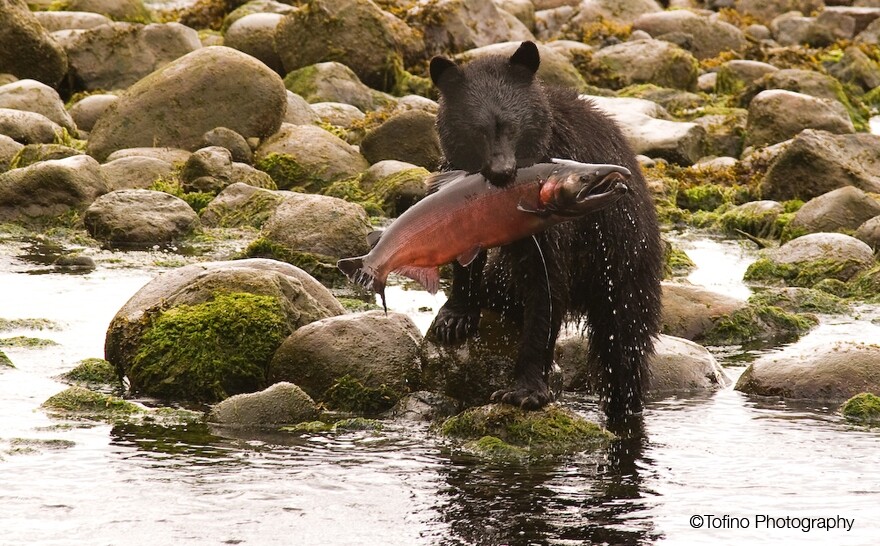 This cycle is known as the “nitrogen pump” and has been functioning for millennia. By disrupting this natural cycle with logging and fish farming, we are not just putting the amazing and rare temperate rainforests at risk. We are also putting at risk populations of wild salmon, and the over 200 members of the “salmon guild” who feed on them, such as eagles and wolves.

Temperate rainforests, with their huge old trees, have some of the highest levels of carbon storage of any ecosystem on earth. Did you know that logging one hectare of average coastal rainforest can result in greenhouse gas emissions equivalent to putting more than 100 cars on the road for a year?

Protecting the ancient rainforests of Clayoquot Sound will be a positive step towards both prevention and mitigation of climate change. 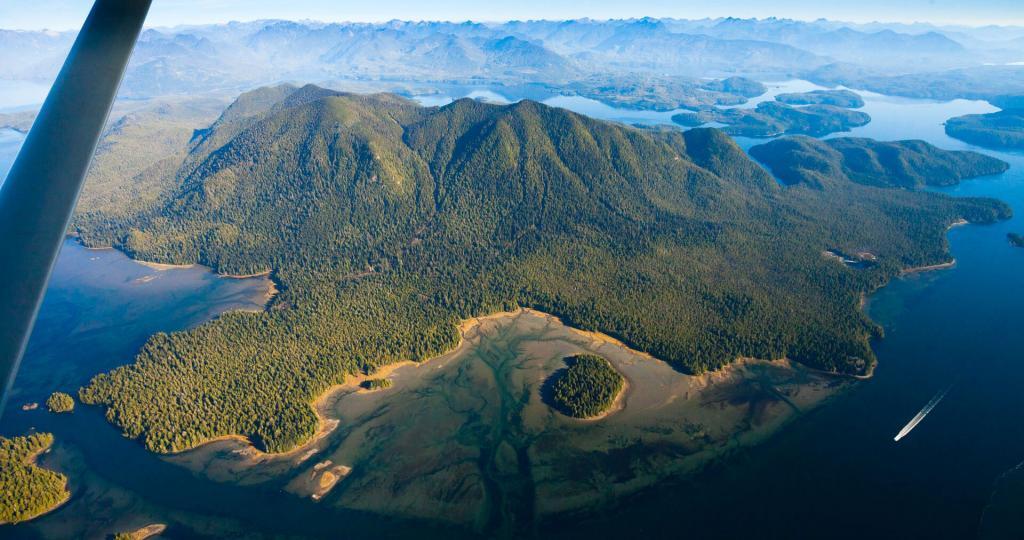 What is temperate rainforest?

Temperate rainforests need at least 2 metres of rainfall annually – on average Clayoquot Sound gets 4 metres of rain a year! – and typically grow in narrow strips along mountainous coastlines, where the prevailing wind drops large amounts of moisture on the windward side of the mountains.

Today, temperate rainforests occur along the west coast of USA and Canada (from northern California to southern Alaska), in Chile and Argentina, and in Tasmania and New Zealand.

Temperate rainforests are very wet and green, dominated by huge trees, and have a lush, complex structure. Abundant moisture and the absence of forest fires allow trees to grow to monumental sizes and to live for centuries, even millennia.

Because the geographic and climatic conditions required to create temperate rainforests are so specific, and because of the logging pressures they face, they are one of the most endangered forest types on earth. 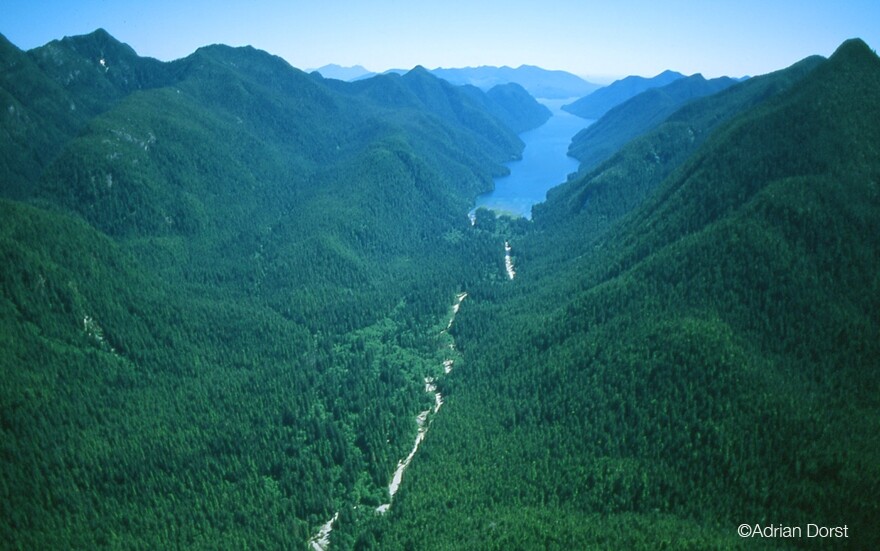 What makes Clayoquot Sound special is the presence of a series of adjacent intact valleys. This large intact area of rainforest is globally rare and biologically significant.

Most of Clayoquot’s intact valleys are unprotected: large valleys like the Sydney, Pretty Girl, Ursus and the Upper Bulson, along with Flores and Meares Islands.

Clayoquot Sound is a globally rare place of astounding beauty and biological richness. People from around the world come here to find connection with nature.

At the regional level, most of Vancouver Island has already been roaded, logged, and mined; three-quarters of its productive forest has been cut down. Clayoquot Sound is the only area on the Island which still has multiple, large, intact rainforested valleys that provide high-quality habitat and the best opportunity for rainforest species to thrive and adapt to climate change. These valleys provide habitat for hundreds of species – 45 terrestrial vertebrates are endangered, threatened or vulnerable.

According to the United Nations, Canada has one of the best opportunities globally to conserve intact forests – it contains a significant proportion of the world’s remaining forests, and is sparsely populated and prosperous.