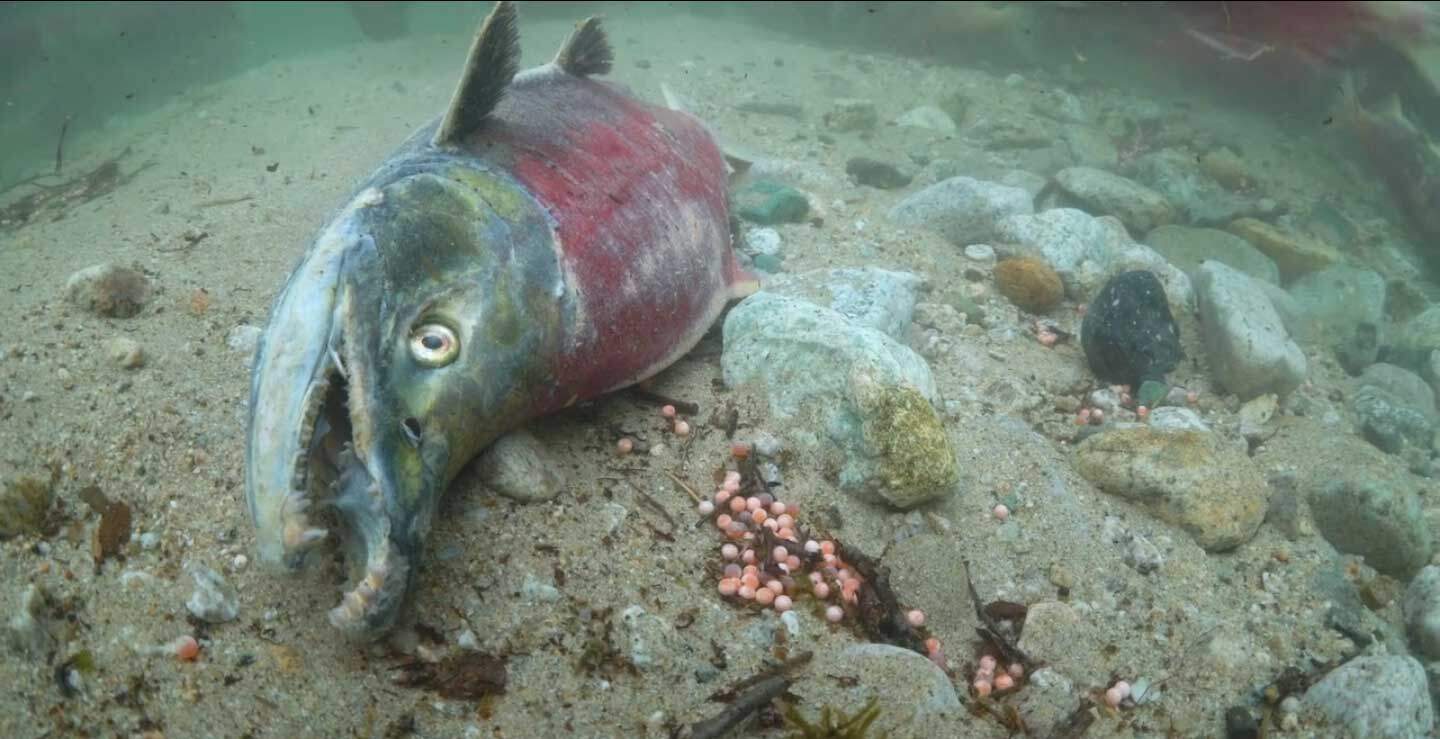 We can protect the life cycle of wild salmon by protecting the forests, rivers, oceans and climate. This image is from Anna Hoover’s Vimeo film “Salmon Reflections”, featuring clips of the FOCS X Salmon Nation film “Salmon Warriors”, that screened at the recent UN Climate Summit in Scotland. #DEFENDWILDSALMON #CLAYOQUOTSALMONFESTIVAL #SALMONNATION

At just 1% of their historic abundance, wild Pacific Salmon are in a state of emergency. On the west coast of Vancouver Island, local salmon stocks have drastically declined in recent years. Watersheds that once supported returns of over 40,000 salmon annually have decreased to roughly 2,000 returning adults. According to the Department of Fisheries and Oceans Canada (DFO), Clayoquot Sound Chinook are continually one of the most underperforming stocks in all of B.C, and are one of the first priorities for the rebuilding plan development of the latest Fisheries Act of 2019.

The Clayoquot Salmon Roundtable is currently undertaking the first ever multi-stakeholder marine risk assessment for wild salmon. The objective is to identify and rank the scale and intensity of limiting factors in the marine environment and causes for the rapid decline in wild salmon stocks. The need for this work is urgent as Chum and Chinook populations in Clayoquot Sound are at all-time low. The fish that have returned are noticeably smaller.

Beach seine sampling has confirmed that sea lice loading on juvenile wild Pacific salmon has been higher in recent years than in any previous sampling year on record, 20 times higher in some cases. The success of sea lice populations are influenced by several factors including temperature, salinity and host abundance. Changing ocean conditions, as predicted by climate change, such as increasing sea temperatures and higher salinity, are likely to increase louse abundance on wild salmon. In a rapidly changing climate, protecting the genetic diversity in the remaining wild salmon is critical for long-term viability.