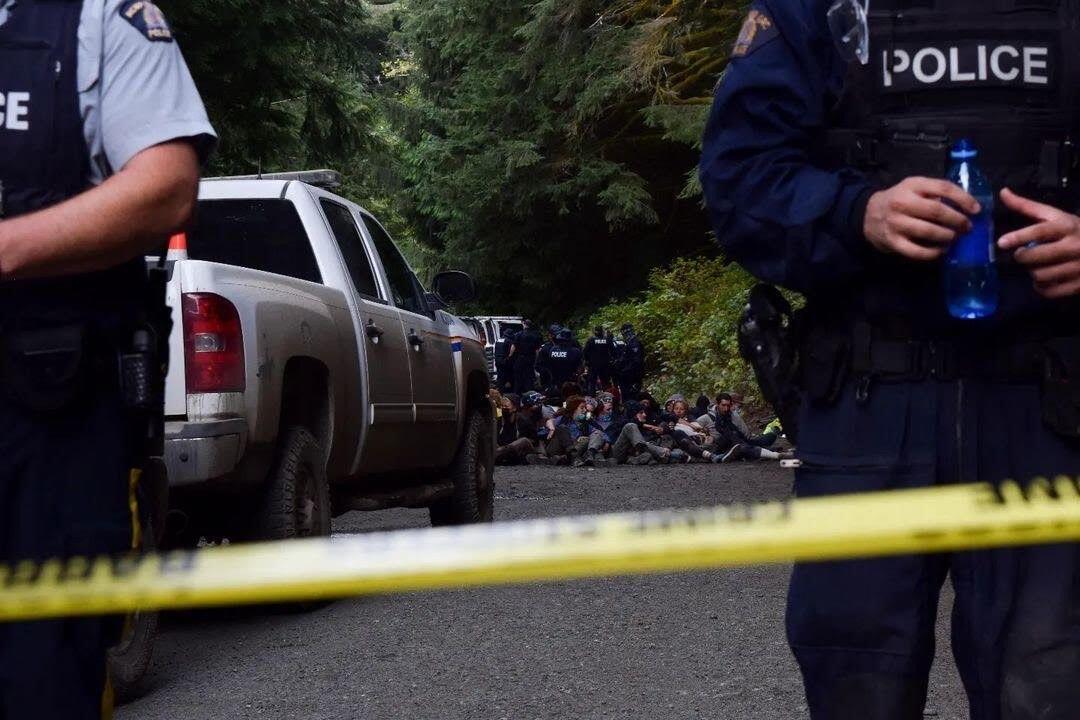 During the Clayoquot Blockades that Friends of Clayoquot Sound organized, of the 932 forest defenders who were arrested, 860 were prosecuted in eight trials, and all those prosecuted for criminal contempt of court were found guilty. Last year in unceded Nuu-chah-nulth territories on southern Vancouver Island, the Protect Ada’itsx reported 1,188 arrests (+ over 300 illegal “catch and release” detainments). With this new record to protect old-growth forests in B.C., criticism of the RCMP’s conduct has come from Canada’s Supreme Court.

The RCMP showed up to enforce a court ordered injunction supporting corporate rights and ended up illegally arresting peaceful forest protectors and abusing their human rights. Legally, “Abuse of Process” is defined as an unacceptable use of a legal procedure with malicious or perverse intent. At the blockades, records of these abuses include: stripping protesters’ COVID masks before pepper-spraying them; improper constraints on freedom of the press; use of illegally expansive exclusion zones; wearing Thin Blue Line badges contrary to RCMP directives; failing to wear identification; unlawfully seizing and destroying personal effects such as vehicles, tents, sleeping bags, and food; all while using messaging that their actions were undertaken to enforce the Court’s order.

Over the winter, the Protect Ada’itsx lawyers sought justice for forest defenders by presenting evidence that illustrated the egregious attitudes and actions perpetrated by the police at the remote blockades. The B.C. Supreme Court deemed the RCMP’s broad exclusion zones, checkpoints, searches, and media restrictions were illegal. The legal team argued that the RCMP’s misconduct should set a precedent and as such the charges against defenders should be dropped.

On February 23rd, Justice Thompson announced the decision to proceed to trial for the RCMP’s Abuse of Process case. This sets a precedent as the first Abuse of Process application for a large group facing contempt of court charges under a single injunction. This could pave the way for future cases to protect land defenders across Canada and help dissuade RCMP officers from abusing human rights.

As the Crown prosecutes forest defenders, and Legal Aid BC defends arrestees, we all are left to question why taxpayers are footing the bill for all this when over 90% of people in B.C. oppose more old-growth logging? And as we await the outcome of the latest court case, the destruction of irreplaceable ancient rainforests continues.

6 Action We Can Take for Old Growth Forests

1. Support Indigenous led protection camps and actions on the ground.

3. Call / send emails to the Premier, Ministers, and local MLAs: