Home » 40 Years on the Frontlines of Ancient Rainforest Protection!

40 Years on the Frontlines of Ancient Rainforest Protection! 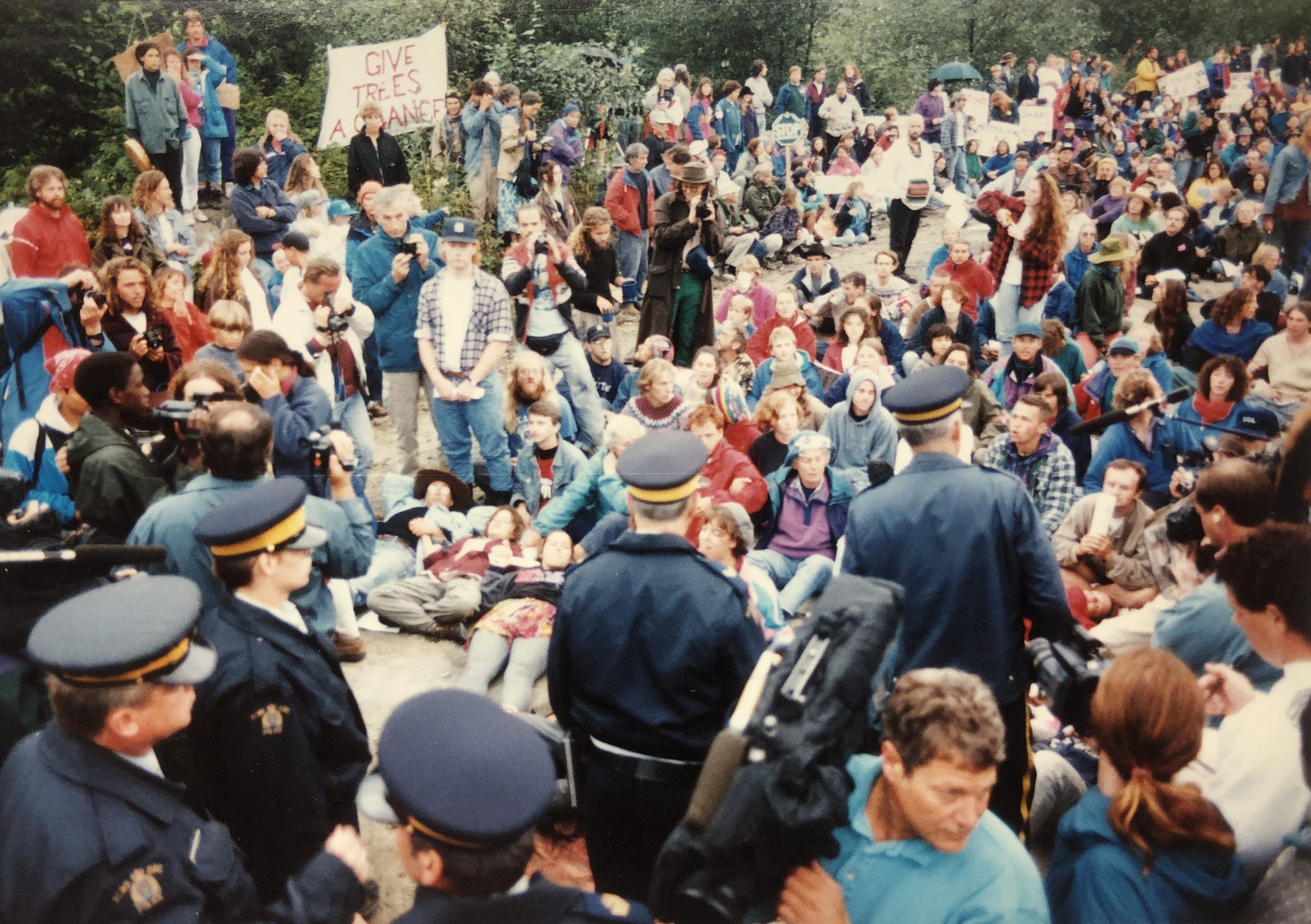 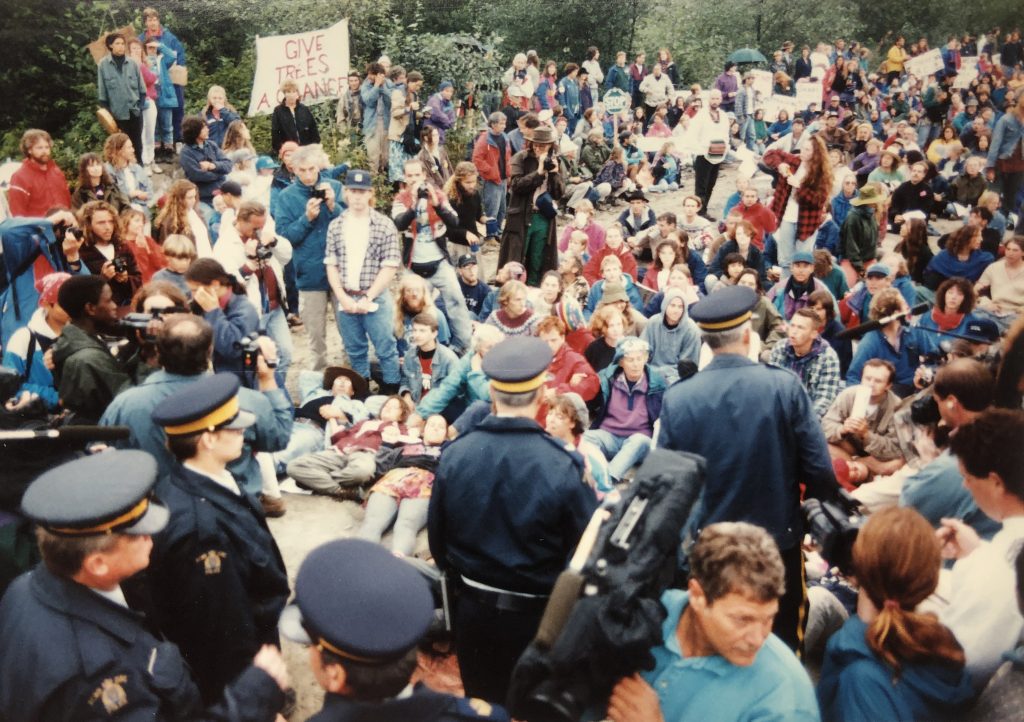 Participants in the 1993 Protests organized by Friends of Clayoquot Sound to stop old growth logging in region. – Photo FOCS Archives

Friends of Clayoquot Sound was established in Tofino in 1979 in response to the logging activity on nearby Meares Island. The small group of activists set their sights on protecting Clayoquot Sound’s ancient temperate rainforest as a globally rare ecosystem.

FOCS led blockades in 1988 and 1992, stopping an illegal logging road in Sulphur Pass, and protesting against MacMillan Bloedel’s logging on the edge of intact Clayoquot River valley. Responding to the B.C. Government’s decision to allow logging in 74% of Clayoquot Sound’s ancient rainforests, FOCS organized the largest peaceful civil disobedience protest in Canadian history, in collaboration with other environmental groups. In 1993, the Peace Camp in the “Black Hole” clear-cut was established. Daily blockades and arrests on a logging road near Kennedy River Bridge took place during the “war in the woods”. Over 12,000 people attended the “Clayoquot Summer” blockade, where 856 were arrested and charged for protecting the ancient rainforest.

The blockades brought Clayoquot Sound and the issue of temperate rainforest destruction to world attention. FOCS held MacMillan Bloedel publicly accountable which helped position the regional Nuu-chah-nulth First Nations of Clayoquot and Barkley Sound to eventually buy out the logging company and attain control of the tree farm licences in Clayoquot Sound. However, the B.C. Government’s outdated forestry system required the First Nations’ owned company, MaMook, to pay hundreds of thousands of dollars in annual fees to hold the “rights to log”. To ensure the logging licences were retained by MaMook, the company was coerced into logging their First Nations’ territories to finance “the rights to log” to service the annual payment required by the B.C. Government. 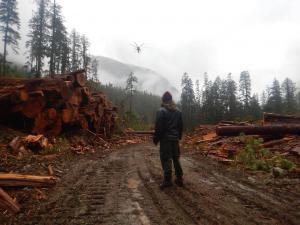 Friends of Clayoquot Sound joined Tla-o-qui-aht First Nations’ members to document logging taking place in their territory near Virgin Falls in 2017. The current systems requires First Nations to log to pay the B.C. Government for the “rights to log”. Photo by Tsimka Martin

For 2019, we were honoured to congratulate the Ahousaht and Tla-o-qui-aht First Nations for securing a key federal commitment to advance their land-use visions in Clayoquot Sound. FOCS look forward to hearing more details from both the federal and provincial governments of their support for this reconciliation-based conservation investments initiative to safeguard the ancient communities and rainforests of this iconic region.