Twenty-five international environmental organizations are calling for immediate action to protect and restore Vancouver Island’s endangered old-growth rainforest and its species diversity, carbon storage and benefits for a diverse economy including forestry, tourism and wild salmon in Indigenous and non-Indigenous communities on Canada’s west coast.

Globally, the loss of primary forests – characterized by ecological processes largely undisturbed by human activity – is threatening species, carbon storage, and environmental services. In some countries this is primarily in the form of deforestation; in other countries such as Canada, this is primarily through the replacement of rich ancient forests with even-aged young forest. According to the Food and Agriculture Organization of the United Nations, tropical countries showed an overall decline of 10 percent of their primary forest in the last 25 years (from 1990 to 2015).

The call for action is also supported by a number of organizations from tropical rainforest countries. One of these organizations is SINFONÍA TRÓPICO in Colombia.

“A few days ago a mud avalanche killed more than 300 people in Putumayo, Colombia. These catastrophes are a consequence of climate impacts that have been intensifying in past years, paired with deforestation and forest degradation. Trees that helped avoid landslides were cut,” said Juan Pablo Castro with SINFONÍA TRÓPICO. “There is a grave disconnect between humans and nature that we can no longer ignore. Countries such as Colombia are under international pressure to protect the world’s tropical rainforests. We have similar expectations of countries in the Northern hemisphere such as Canada. Everyone needs to do their part. Protecting old-growth temperate rainforests that are threatened by clear-cuts like those on Vancouver Island is of paramount importance. Please protect them!”

In contrast, south of the Great Bear region, coastal rainforests are in a state of ecological emergency as a result of too much logging and a dismal level of protection. Remaining intact rainforest areas imminently threatened by logging such as the Central Walbran and East Creek need immediate conservation measures.

Please donate today to help Friends of Clayoquot Sound defend the ancient a flourishing coastal temperate rainforest, where human communities work together in harmony with the ecosystem. 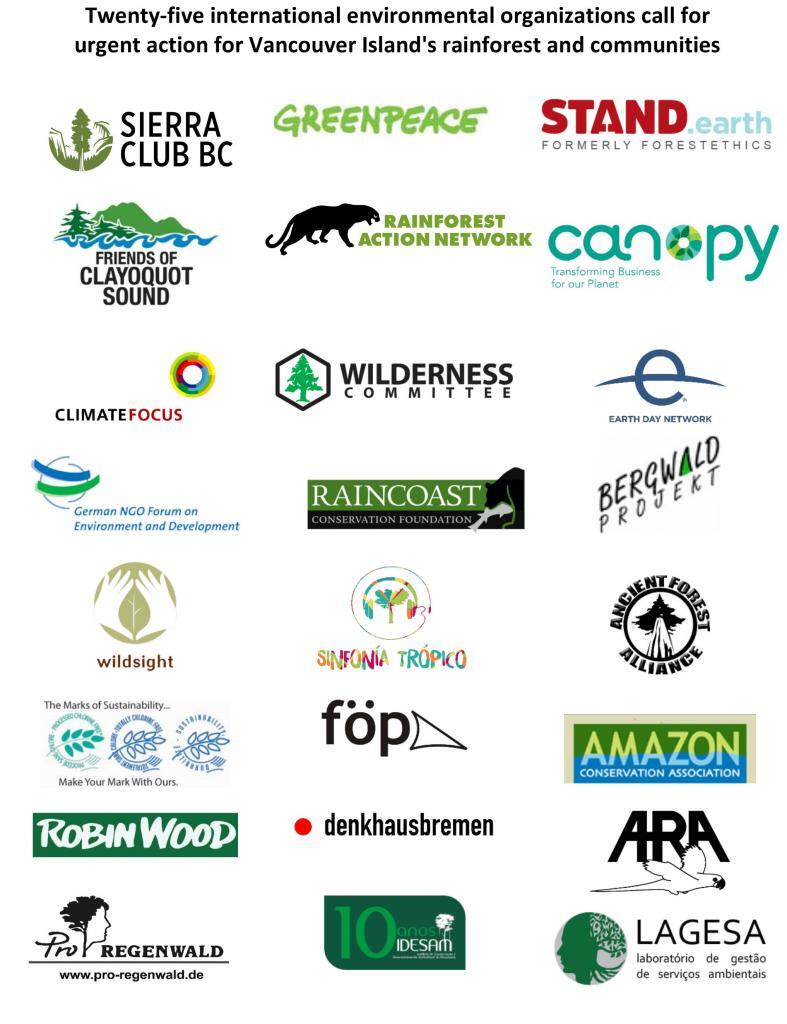